Abstract. The composition and paramagnetism of oil fractions (300-350oC), (350-400oC), (400-450oC), and (450-500oC) of West-Absheron oil were studied using IR, ESR spectroscopy and luminescence methods. In all these refineries, asphaltene radicals with a concentration of 1018spin/g are registered, which screen all paramagnetic particles present in the oil system. With the exception of the fraction (300-350oC), in which much lower than in the listed fractions, it was possible to register the spectra of metal oxides (DHwidth=117mtl, g=2.7), the spectra from aromatic hydrocarbon radicals (DНwidth=10mtl, g=2.4), which was also registered in the fr.(140-3200C) of the oil itself. The presence of these petroleum products greatly reduces the oil viscosity index. As a result of the cleaning of the latter with an ionic liquid and an adsorption method in the studied oil fractions were found in trace amounts. The increase in the viscosity index of the oil fr. (350-500oC) was increased only after the addition of a foreign Lubrizol additive concentrate. Thus, the SAE15W40 engine oil with a viscosity index of 101.2 and a low pour point (-30oC) was obtained, which is recommended as a motor oil for diesel engines 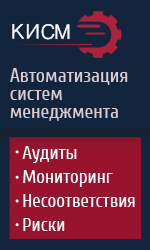